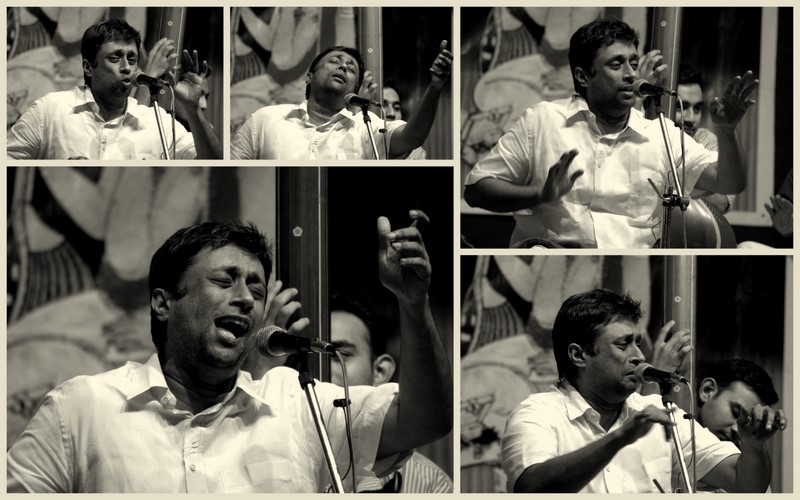 Posted by Sriram (Chennai, India) on 14 December 2008 in People & Portrait and Portfolio.

Sanjay's concert number 4 at Nungabakkam Cultural Academy was just awesome!! Concert started with Kadhanakudhuhalam followed by pieces in raagams Anandabhairavi, Shyama, Kalavati (Great rendition), then a genius Hindolam, Tanaroopi, Begada, Suryakantam (RTP), SindhuBhairavi (a grand climax), Mand. Although these pictures were not taken during the concert yesterday (thanks to the bad lighting arrangements)... they still are those brilliant moments captured during this season. Sanjay has been just spectacular all through and it has been one experience... But my bet that the best is yet to come still hangs on!!

Spotlight feature for the 76th time and color spotlight for the 37th time - 113 times featured in total. Totally humbled and motivated to do better. Not a day goes without Aminus3 in it. Thanks Aminus3 community for such kindness. :)

Thanks for the great photos of Sanjay you have been putting up. Hope to see more of them in the coming days!

You mentioned that it was dark in the stage. Presume you don't use flash - do you use a tripod or IS/VR lenses?

Also what the main sung in the NCA concert - was it Hindolam?

@Vijay: Thanks for dropping by Vijay! Yup... The stage was not too well lit up at Ramarao Kalyana Mantapam.

I never use Flash or speedlight. Somehow managed to tweak in using the existing lighting in all these concerts and sometimes it works well.

These are some of the lens that I use:

Yeah using a flash seems rather insensitive...and a tripod would be too conspicuous. Guess you then need a well lit stage although too much top lighting can be a disaster

Anyway, look forward to seeing more of the action in your page. Will be in Chennai from the 20th and maybe we'll bump into each other sometime at Sanjay's concert!