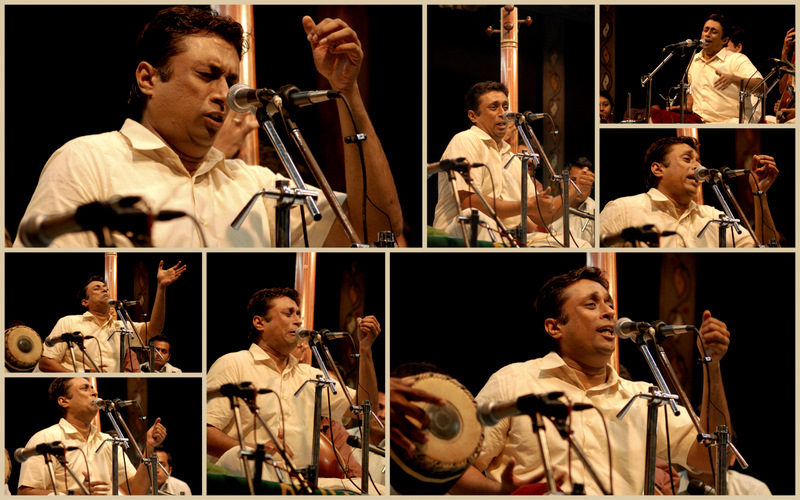 Posted by Sriram (Chennai, India) on 24 December 2008 in People & Portrait and Portfolio.

Nothing moved me to such an extent as Sanjay's rendition of Darbari Kanada RTP at Narada Gana Sabha. The concert once again truly showcased the brilliance of the man and the kind of consistency - benchmarks that he is capable of! He also sung pieces in Kedharam (Another Sanjay special), Arabhi, YadhukulaKambhoji, Thodi (as the exquisite main) and Hamsanadham. Unfortunately the concert had to end on time. Anyways, over to "Kalarasana" (I often call it as Sanjay's homeground, afterall the place echoed his genius renditions of Bageshri, Lalitha, Purvikalyani in the last few seasons)!

Spotlight feature for the 82nd time and color spotlight for the 37th time - 119 times featured in total. Totally humbled and motivated to do better. Not a day goes without Aminus3 in it. Thanks Aminus3 community for such kindness. :)

More than the photos, today it was the write-up that I was waiting for! ;) The Darbari Kanada effect has still not left me! With the pre-kalarasana concert itself having been such a moving one, just imagining how today's concert will turn out to be is getting me even more excited!

It was a memorable concert for the big audience who came there in large numbers. The hall was completely full and the Rasikas thoroughly enjoyed the concert. His usual kedaram varnam of Tiruvettiyur Thyagaiyar was the start off. There is absolutely no let up . The Yadhukula Kambhodhi was very good and " Kalai thookki " came out in splendours. To be frank the audience did not want Thodi since already more than three main singers sang Thodi so far in this season at the Sabha ( OST, Soumya and TNS chose Thodi as main piece). Sanjay sang Thodi for nearly 1 hour . It was a fantastic Thodi and the best of the four we heard. The RTP in Darbari Kanada was another great master piece occasionally sprinkled with Hindustani flavour. The concert was the most satisfying one for all the audience. For great artists like Sanjay, 2 and 1/2 hour concert was like the new 10 over "Gully circket". A minimum of 3 1/2 hour concert only will do justice. I will always cherish this concert f Sanjay