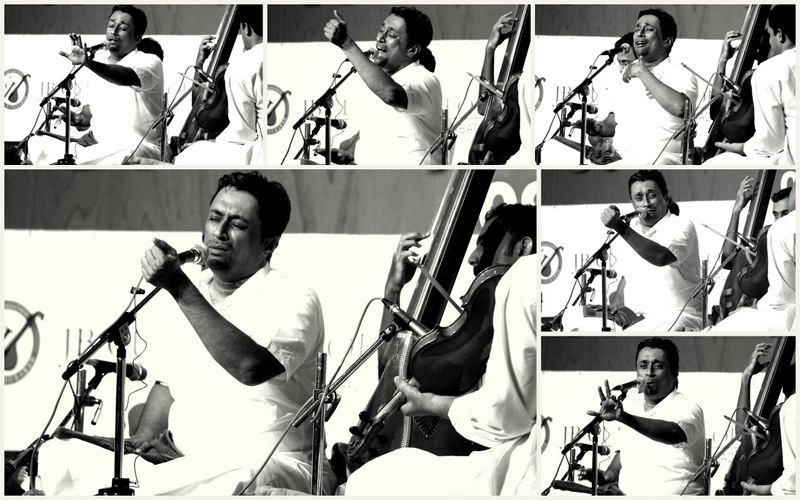 Pleasing us with Kapi after a gripping Saveri main

Posted by Sriram (Chennai, India) on 21 December 2009 in Art & Design and Portfolio.

Just about a few hours before Sanjay's Vani Mahal concert, I was wondering as to when and where Sanjay would sing an elaborate Saveri.... Sanjay always sings Saveri with so much passion and elan, moreover it was quite a while since I had heard his Saveri live! Hmm.. So.. yeah! He performed a brilliant Saveri as main. What followed after was a mesmerising Ragam Thanam Pallavi in Kapi... the aalapanai, thanams, pallavi and ragamalika swarams were just out of the world!! An inspiring concert indeed for a lot of reasons. The ever consistent form continues as we move on to the later half of the season... Moreover, Master's special week... 5 concerts in 7 days! (NGS, IFA, Kalarasana, KGS, PSS!) Its just gonna pour music!!

Spotlight feature for the 79th time and color spotlight for the 37th time - 116 times featured in total. Totally humbled and motivated to do better. Not a day goes without Aminus3 in it. Thanks Aminus3 community for such kindness. :)

nice collection - a wonderful capture of the expressions in all these concert pictures.